Statement on the Allegations of Racism by Chesya Burke 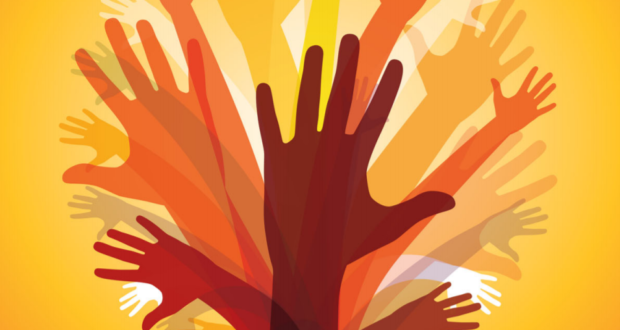 In the spring of 2014,  I posted a thread on my Facebook page addressing the media takedown of southern celebrity chef Paula Deen.

My premise was that this was due to sexism, ageism, and classism—in Deen’s case, because she was an older woman whose image was frequently mocked, derided and lampooned as representing a rural working class background that is often the butt of jokes.

It was not in any way a defense of Paula Deen herself, or a negation of the accusations of racism leveled at her.

I also pointed out that, as a queer person, I was tired of hearing male rappers, and football players of any race, using words like “f*ggot” and “q*eer” as slurs, and that I would likewise genuinely welcome a pillorying of the next gay man who used the word “tr*nny.” And I said that what Paula Deen had said was both offensive and stupid, and that the Food Network was entirely right in firing her.

At one point, Chesya Burke, whom I did not know at that time, having only recently accepted a friend request from her, joined the conversation. She was justifiably outraged at any perceived defense of Paula Deen, and said so, passionately.

Earlier, the Supreme Court had struck down DOMA, but LGBTQ people were still not allowed to marry in all states, and could still be fired from their jobs or evicted from their homes, unlike any other minority in America.

This was still very raw and fresh in my mind at the time, and informed the later tone of my discussion with Ms. Burke.

At that point, I wrongly engaged in a “misery comparison” argument, pitting homophobia against racism, that, in retrospect, was both unhelpful and disrespectful to the gravity of the topic, and Ms. Burke’s position itself.

Ms. Burke asked why we were now talking about gay rights, and I replied that we were talking about it because of the hierarchy of slurs, and how some slurs resulted in severe opprobrium while others were given a pass. I posited that because of Ms. Deen’s age and gender, and celebrity culture in general, this had turned into “a feeding frenzy based on it being an extremely lazy way to feel good about fighting racism without doing anything at all.”

I said (without abbreviations or asterisks) about the word Paula Deen was accused of using:

“Do I defend the use of the word ‘n*gger?’Not remotely. Do I agree with the people who are saying, ‘Well, black people use the word ‘n*gger,’ why can’t I? No. Quite the opposite. I disagree vehemently. As a friend of mind said, ‘I can call myself a f*ggot, and so can my gay friends. Straight people can’t.’ [The n-word] is not an across the board word."

I did not use the word to, with regard to, or about Ms. Burke, as was alleged—or indeed any other African American person—nor did I use it 50 times on the thread as Ms. Burke remembers, and I used quotation marks around the word in each instance, both to indicate that I was quoting someone else, and in order to make it clear that the word was not being used or endorsed by me, and was, in fact repellent to me, and that I was using it here exclusively as it pertained to the discussion at hand regarding the hierarchy of slurs, and in denunciation of the toxicity of racist language.

That said, I should never have spelled out the word at all—I should have used asterisks, or some other way of shielding the word in the discussion.

I should have considered the lasting impact my use of the word would have on Ms. Burke as a WOC, and I should never have used it more than once over the course of our interaction.

The consistent position I had held prior to 2013 was that shielding any slur with asterisks gave cover to its offensiveness, by allowing readers to experience the slur while evading the experience of its deeply ugly impact.

When I read Ms. Burke’s first blog post about our encounter, I was horrified by what I saw—not what she had written, but how I had come across to her in our interaction.

More importantly, I was abruptly aware that my position on spelling out slurs was a one of eye-watering and quite obvious white privilege, and that just because I, as a white queer person, had found a way to cope with the slurs used about me, others, justifiably, find the ones used about them to be acidic and destructive, and indeed devastating to read in print.

I also regret my occasionally condescending tone to her in our exchanges on that thread. Over the years I have cultivated an online delivery in some of my posts and comments that has not served me well. As a wise friend recently pointed out, the one who loses their temper first is the one who loses the argument.

Reading her 2013 blog about our encounter began a six-year process of reaching out to, and seeking guidance from, POC friends and colleagues about the power of those words, and how, exactly, I, as a white person, should use them—if ever.

In the time since that encounter, I have been humbled by, and grateful to, those generous people for helping me understand, and especially for their patience in helping me understand the degree to which there is a hierarchy of oppression, and that anti-LGBTQ oppression and the oppression of POC is not the same thing—and how acknowledging that fact is central to successful intersectionality and reconciliation.

I have also been grateful to writers of colour for their work, which is not only essential to our genre, but also essential to non-POC writers to understanding how to better make room for the genre to grow.

One of the books I treasured most  during the journey was Ms. Burke’s Let’s Play White, which I cited in a now-cancelled interview with Ginger Nuts of Horror earlier this fall as teaching me about the perils of white privilege—including my own.

I met Ms. Burke at Readercon in 2013, and told her how much I regretted the tone our interaction had taken, and how much I admired her passion and her activism.

I still do, and I am deeply sorry for the pain and insult my words caused her in 2013.

She deserved better, both as both a WOC and as a literary colleague.

I have loathed the concept of white supremacy and racism my whole life—not only the overt and obvious racism we see around us everywhere, but the more insidious kind of structural, ingrained racism that has elevated white people at the expense of POC,  traces of which are unavoidable in those of us of white colonial descent, whether we think it’s there or not, and whether or not we believe we have benefitted from it, or whether we're actively aware of it.

We have all benefitted, period.

Both my social media footprint and my published nonfiction work bears out my fervent hatred of racial oppression, and indeed my loathing of the oppression and exploitation of vulnerable and marginalized groups of all kinds by the wealthy and powerful.

Aside from everything else, this conversation has refocused me on my ongoing, very imperfect life journey to becoming the sort of ally that POC and other marginalized groups need—and deserve.

Thank you for reading this.